‘Playgrounds’ to enjoy at the International Garden Festival of Métis

The International Garden Festival of Métis, Canada, celebrates its 20th edition this year and is the leading contemporary garden festival in North America, open until to October 6th, 2019. Since its inception in 2000, more than 175 gardens have been exhibited at Grand-Métis and as extra-mural projects in Canada and around the world. Presented at Les Jardins de Métis, at the gateway to the Gaspé Peninsula, the Festival is held on a site adjacent to the historic gardens created by Elsie Reford, thereby establishing a bridge between history and modernity, and a dialogue between conservation, tradition, and innovation. Each year the Festival exhibits conceptual gardens created by more than seventy architects, landscape architects and designers from various disciplines in a pristine environment on the banks of the St. Lawrence River. The International Garden Festival 2019 theme is having some fun: Terrains de jeu – Playgrounds. 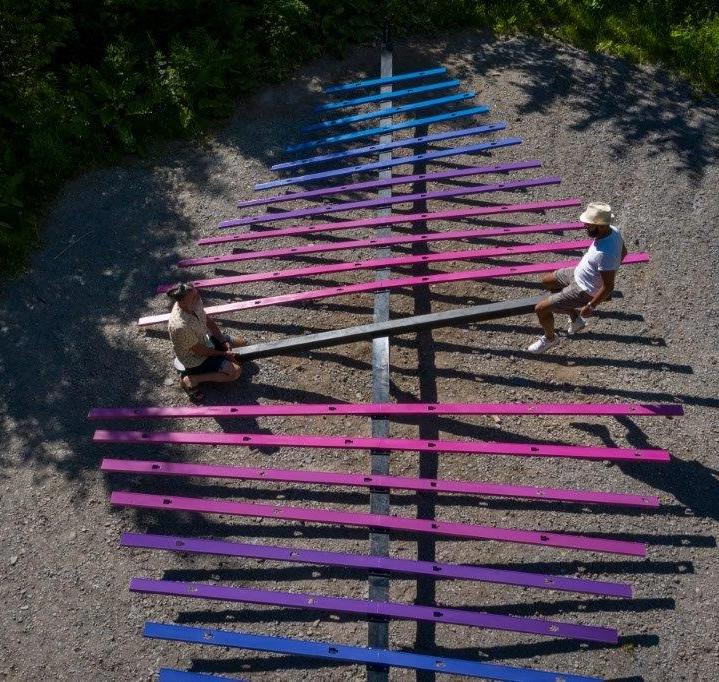 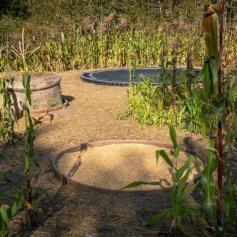 It is fertile ground for creativity, encompassing both the notion of compact space and play.  ‘Terrains de jeu’ of the 2019 edition have transformed the Festival site into a giant playground for exploration and amusement. In a world where humans dwell in urban towers and live increasingly distant from natural phenomena, to “go out and play” is becoming increasingly imperative.  Child-friendly without being childish, adventurous without being unsafe, the interactive gardens of the 2019 Festival are curated spaces that are an invitation to interact with nature. The new gardens selected by the jury that are on display are: Dirt Ground by Silvia Bachetti & Agnese Casadio, Bologna, Italy; Le dernier petit cochon by APPAREIL Architecture, Montréal (Québec) Canada; Forêt by Mathilde Leveau & Ronan Virondaud,  Québec (Québec) Canada ; The Colours of Métis by SOWATORINI Landschaft [Sébastien Sowa & Gianluca Torini] & sevengardens [Isabelle Smolin], Berlin & Essen, Germany; Making Waves by Ted Kesik, Cornel Campbell, Thevishka Kanishkan, Reesha Morar & Anton Skorishchenko, Toronto (Ontario) Canada ; Ici et ailleurs by José Luis Torres, Montmagny (Québec) Canada. The 2019 Festival is also presenting extra-mural installations in Montreal, Quebec City and in public venues near to the gardens: Roof Line Garden II by Julia Jamrozik, Coryn Kempster (Buffalo, United States) on the rooftop of the Musée de la civilization in Quebec City; Passe-moi un sapin Rita by Rita Studio, Montréal (Québec), Canada in Parc Montcalm, Montréal; Souvent me souviens by Deborah Nagan, London, United Kingdom, in Ste-Flavie; Bascule by Cédule 40, Saguenay (Québec), Canada, in Mont-Joli. As National Historic Site and Québec heritage site, the Jardins de Métis / Reford Gardens are a must-see for all of those visiting eastern Québec. Cultural space and tourist destination for over 55 years, the Reford Gardens is one of the most popular attractions in the Gaspésie region, providing visitors with experiences for every sense. The gardens are open every day until Sunday, October 6, 2019.