The Palatine and its secret garden, Horti Farnesiani

The restoration of the Farnese Aviaries on the Palatine is now complete, and for the first time an exhibition presents one of the most famous and symbolic places in Renaissance and Baroque Rome: the Horti built by the Farnese. The garden, laid out from the mid-16th century by Cardinal Alessandro Farnese, served to affirm the political and institutional position achieved and consolidated by this aristocratic family. Not coincidentally, it stood where Rome was founded and which was the site of power from Augustus onwards, incorporating much of the imperial palaces. From 21 March to 28 October 2018, the Parco archeologico del Colosseo presents The Palatine and its secret garden. The enchantment of the Farnese Gardens, curated by Giuseppe Morganti. The event is organized and promoted by Electa. Within this vast archaeological site, the visitor route runs through the site of these antique gardens. From the Via Nova, on the edge of the Roman Forum, to the Aviaries on the Palatine hill, a series of illustrated panels accompany the visitor and describe the transformations of the Horti. 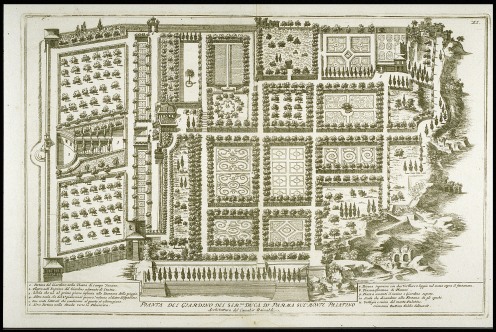 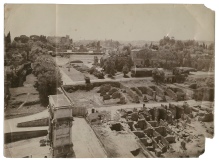 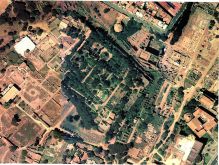 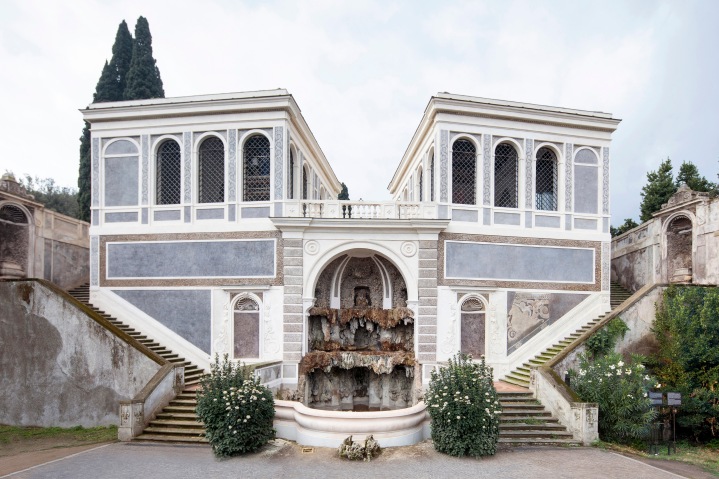 The visitor route is conceived as a narrative starting from the geometrical garden designs commissioned by the Farnese, recounting the period of the Grand Tour when these gardens, now abandoned, took on that Romantic appearance that so fascinated poets and artists, particularly Goethe, and concluding in the early 20th century when archaeological research began. Laurel trees, cypresses, citrus trees, climbing plants and damask roses have been replanted for the occasion, evoking the enchantment of the old garden. Two exceptionally important works are on loan – displayed in the Aviaries – from the Farnese collection in the National Archaeological Museum in Naples: for the first time, the sculptures of the Kneeling Barbarian in nero antico and pavonazzetto marble, previously used as a plant-pot holder, and of Isis Fortuna in bigio morato marble that once decorated one of the niches on the staircase at the sides of the Theatre of the Great Fountain return to their original home. The latter fountain has finally been restored to its original appearance. Once freed of the heavy incrustations of limestone in the naturalistic style, the outcome of a late-19th century intervention and on which calla lilies and maidenhair ferns once grew, the water fountains and the composition of superimposed basins are again visible: the water again flows along a series of cascades ending in the large multilobed basin. Also on display in the Aviaries are the two gigantic busts of Dacian Prisoners which, in the 17th century, decorated the cryptoporticus giving access to the Nymphaeum of the Rain. “Alongside the usual tourist route taking visitors from the Colosseum to the Roman Forum, sometimes without the time needed to savour the magic of these places, an alternative, slow-paced route is thus born, through an unexpected garden, simultaneously real and imaginary, up to the belvedere once beloved of the Farnese and that still today allows visitors to gaze on the most authentic beauty of Rome”, explains Alfonsina Russo, director of the Parco archeologico del Colosseo. An integral part of the route, the new enhancement project using immersive digital technologies represents a continuation of a choice aimed simultaneously at scholarship and outreach that has already proved extremely popular at Santa Maria Antiqua and in the Domus Aurea. On this occasion, in the Nymphaeum of the Rain – one of the leisure and recreation spaces designed by the Farnese visitors will experience a riveting journey through time using sophisticated multimedia equipment. Video mapping illustrates what the Farnese Gardens complex must have looked like, based on the study of the sources. Perspectival renderings and birds eye views show rows of trees, pergolas and antique water features.