Until 12 May 2019 Teylers Museum in Haarlem, The Netherlands organizes a retrospective of the botanical artists Franz and Ferdinand Bauer. The watercolors of both brothers belong to the most exceptional natural scientific works ever made. For the lovers of botanical art, this is an excellent opportunity to discover this treasure about many botanical splendor. ‘200 kinds of green‘ exhibition follows the dynamic lives of the two austrian brothers. 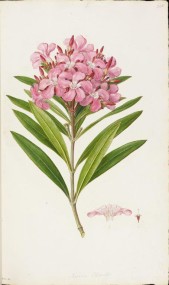 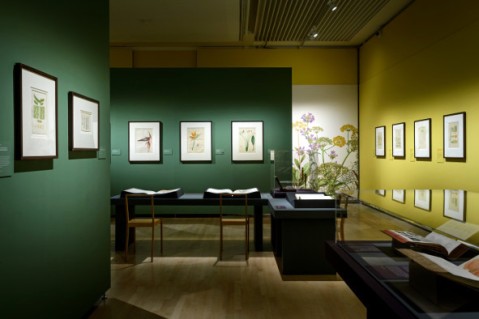 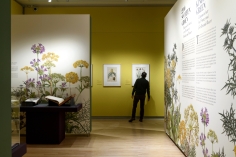 Ferdinand Bauer (1760-1826) traveled as botanical artist along with a dangerous scientific expedition to the Ottoman Empire and sailed on the first voyage around Australia. He visualized the natural world there with the help of a detailed numbering system that allows him more than a thousand color nuances. His brother Franz (1758-1840) settled in England as the first botanical draftsman of the royal botanical gardens in Kew. There he perfected both his artistic as his botanical qualities, resulting in countless drawings of great beauty and microscopic detail. The period around 1800 is called the golden age of botanical art. Botany formed an outpost science and a pivot in competition between the European powers. Who is the first to find a new useful crop, could thus achieve great profit. Botanical drawings played a central role in the dissemination of such knowledge. The illustrations of the Bauer brothers were unsurpassed. The most of the books illustrated by the Brothers Bauer were bought by Teylers Museum, immediately after publication place that Ferdinand Bauer visited in 1814 himself. The books in Teylers are among the rare and often only copies in the Netherlands, such as the Flora Graeca of which only 28 are printed. The exhibition shows several beautifully illustrated publications by Franz and Ferdinand Bauer, completed with the original watercolors of the brothers. Above all unique is that the field drawings for the first time from Ferdinand from the collection of the Naturhistorisches Museum in Vienna will be shown next to the elaborated watercolors from the Natural History Museum in London. The exhibition shows – for the first time in the Netherlands – the great beauty and microscopic detail of their work.