A new layout and a new way of conceiving a fair dedicated to the green sector such as Flormart are the basis for the entire regeneration of the Padova exhibition site, one of the most important trade fair district in Northeast Italy. Held from 21 to 23 September 2017, the event is set to be full of new features and aims at creating a real ongoing collaboration project with the companies working in this industry, to be developed throughout the entire year. Drawing the city of the future, departing from the green, is not just an accessory element, but a strategic asset for a new model of development, imprinted on the sustainability: this is the horizon of Giardino Italia, the innovative project launched by Geo Spa, the company which has started the management of Padova Exhibition Center with a relaunched program. The project which represents the first step of the program “Padova Smart City” in wich the city of Padua starts getting formed sustainability, livability, and social equity through technological and design innovation. This first phase, however, does not end with the construction of Giardino Italia, but the intervention on the neighborhood involves the realization of a system for the recovery of renewable energy or water recycling, a process of producing electricity through the use of urban wind turbines and photovoltaic panels, as well as optimizing energy accumulation and other off-grid actions, or autonomy from the power grid. With Giardino Italia, Geo Spa provides concrete proof of how the city can be gentrified through greenery and how green areas are a strategic asset for sustainable development. During Flormart 2017 it was presented the new permanent park for the first time, designed by arch. Giorgio Strappazzon from VS Associati with the scientific coordination of Dr. Carlo Calore from Padova Botanical Garden, which is the most ancient botanical garden in the world, today UNESCO site. 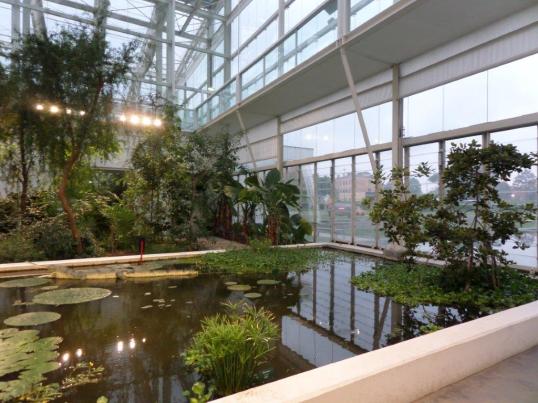 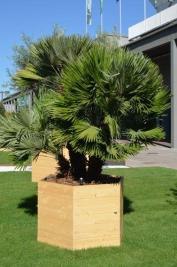 The idea is to allow people to see and experience Italy’s wide variety of plant production, making specimens easy to access, easy to visit and open to the public and further promoting them during the events and trade fairs organised in the exhibition centre – an ongoing promotional tool. It is a park realized by the excellence of the Italian horticultural production; the first step supposes the interaction of companies and production areas, all of them will carry out an area of Giardino Italia, coordinating the space with the most significant products of their supply. They decided to participate in this challenge, creating an outdoor park in the city which will be at the same time a permanent showcase of the excellence of the Italian horticulture in a city which hosts in its exhibition area about 1.000.000 visitors every year and is located just 20 kilometers from Venice. The companies and the production areas were selected to represent the Italian biodiversity, starting from the northern regions and arriving to the Mediterranean areas. Piante Faro created the inspired garden from the typical vegetation of temperate climate where to find the place for succulent plants like Chamaerops humilis compacta and Pistacia lentiscus alongside numerous grasses and the odorous Olea europaea. Vivai Capitanio created the garden of Mediterranean shrubs where there are highlighting the variety of shapes and the colors of the species, from the soft Gaura rossa to the thorny Opuntia, from the filiform Festuca to the spherical Wetringia fruticosa. The richness of flora from Campania region was the reason inspired by this garden created by Vivai Imperatore. Among the other plants are some varieties of lush Phyllostachys, a beautiful specimen of palm Trachycarpus fortunei and a Cinnamomum camphora. In the garden of Shapes, realized by Vivaio Aumenta, there are some pruned trees in order to privilege sometimes the beauty of the branches, sometimes the shape and the compactness of their crown, proposing them in each like real plant sculptures. Giorgio Tesi Group has interpreted the spirit of tuscan Maremma with a garden where sea pine grows and cypresses dominates, who has always been a symbol of the Tuscan landscape. Inspired by the characteristics of the Venetian landscape, Ivano Guagno Vivai propose willow and especially Tamarix ramosissima, a plant that perfectly interprets the sweet Venetian coloring with the vapor rose of its spring flowers and the white of the winter frost on the branches. The orchard garden, created by a group of nurseries of the district of Saonara, proposes a choice of fruit plants more representative of Veneto, from jujube to mulberry. Than the ‘Giardino Italia’ continues on tour with a cut-out of Italy’s boot complete with various plants representing the country’s biodiversity and plants produced by nurseries. One stop is in Giarre for the Radicepura Garden Festival, held from 21st April to 21st October, of which Flormart is a partner and represents an opportunity to put companies or districts into contact with all the communication that it has to offer.